Google Home is awesome, you can brighten your day by asking it what puppies sound like, you can rely on it to remember where you stashed your passport after the last run to Thailand and even find out the weather without the inconvenience of poking your head out the window. But one feature you may not have been aware of (nor would desire) is a total failure in your Wi-Fi performance.
Google has announced this indeed the case with Google and Chromecast wireless devices. But there is a fix coming. 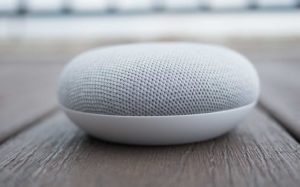 The problem was first discussed on Reddit and the largest search engine’s own Support Forum where an emeriging mountain of complaints from dissatisfied users of “Cast”-enabled devices all pointing their slow Wi-Fi speeds. Google initially talked only of “problems with certain device” arrangments, but this was later deemed to be understating the problems afterthe latest findings from the engineering team of TP-Link revealed the iceberg to be deeper.
The simple version of their discovered phenomenon falls on the latest versions of Google firmware or apps (including Android). These faulty versions usually send a signal (DNS Multicast Discovery Packets for those in the know) 3 times a minute to maintain the connection with, for example, Chromecast or the Google Home base.
Many of the most new releases sent those signals even more often which ultimately causes the network to become “clogged”. Even more so if the device has been in standby mode for a while.
According to the latest user reports, the error not only occurs on Google devices – other manufacturers such as Netgear and Linksys are affected with similiar issues.
The problem is currently being closely examined by the Google engineers.
Image source: Google.com